In Handling, juniors earn “degrees of excellence” rather than titles, so the following system has been set up:

Also in Handling, any junior who in any one (1) year period reaches or surpasses 500 points will have their name engraved on a trophy, called the “500 Club”. They also will receive an award for this achievement.

Below are the Jr Handlers that has achieved the status of being in the “500 Club”. 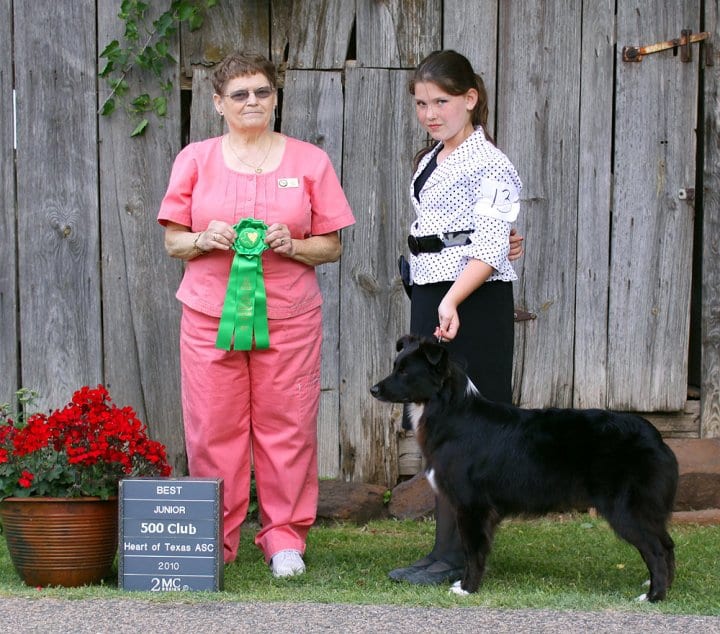