The ultimate goal of ASCA’s DNA program is greater than a title after a dog’s registered name. DNA titles are a crucial part of the process of achieving a registry of accuracy and integrity. These assure verified pedigrees which are in turn essential in breeding decisions regarding genetic health issues, as well as predicting working instincts, structure, temperament, etc. Using it in this way, a correct registry is important to the future health of the Aussie gene pool. We need to DNA all breeding Aussies to accomplish this. Sire and dam will need to be DNA’d before their litters will be registered. This is essential for a parent-verified registry.

In 1994, ASCA was the first canine breed registry to set up a DNA program. ASCA does not make money with its DNA program; it was established solely to benefit the breed and the membership with an accurate parent-verified registry.

DNA-CP or DNA-Certified Profiled – An ASCA-registered Australian Shepherd that has been DNA-profiled by an ASCA-approved lab but only one of its parents has not been DNA-profiled. With a DNA-CP, an Aussie is identified by its own unique DNA profile.

DNA-VP or DNA-Verified Parentage – An ASCA-registered Australian Shepherd that has been DNA-profiled and whose parents have both been DNA-profiled by an ASCA-approved lab. A DNA-VP titled Aussie insures the buyer that his/her Aussie is positively the offspring of the parents listed on its papers.

OTHER TYPES or USES of DNA TESTS

DNA TESTING to detect the presence (or absence) of a specific defect typically involves looking at the nature of a specific gene. (This contrasts with the parental verification process where multiple markers, genome-wide, are chosen.) Such testing results in useful knowledge for the owner regarding certain inherited traits and health of that individual dog

ASCA has a “gene bank”. It accepts donations (from breeders/owners) of whole blood from ASCA-registered and DNA profiled Aussies. These whole blood samples are stored and cared for at Therion’s lab. With the sender’s permission, they can be used by researchers doing work on Aussie genetic defects as future projects occur. (In such research use, the dog and owner remain anonymous.) Donations to this gene bank can also be made at the same time whole blood is drawn for DNA parent profiling.

• The genetic CEA (Collie Eye Anomaly) Test not only can easily provide information for breeders or owners but also renders test breeding for CEA obsolete. Thus CEA-affected or CEA-carrier puppies no longer need to be produced just to find out whether a breeding candidate is a carrier. A genetic test for PRA (Progressive Retinal Atrophy) is also available at the same lab.

• Testing for the MDR1 drug sensitivity gene mutation can inform owners whether their Aussie can safely take up to 50 different drugs at normal dosage, including Imodium, Cyclosporine, Digoxin, morphine, some anticancer drugs/tranquilizers/anesthetics/painkillers, plus some common deworming drugs, like ivermectin. Since the drug sensitivity is inheritable, knowing the presence or absence of this gene in potential crosses can provide helpful knowledge for breeding decisions. Please note that every Aussie that is not out of two tested-clear parents should itself have this test, even if it is not being used for breeding purposes. This way the owner knows if certain common medications can safely be given.

• The test for HSF4 gene finds presence or absence of the gene involved in about 70% of Aussie hereditary cataracts.

• DNA TESTING FOR RESEARCH can help with projects to detect the presence or absence of marker(s) for a defective gene, and in some cases can help to determine how the defect is inherited. Currently there is research using DNA material attempting to find DNA markers and to learn more about epilepsy, aggressive behaviour, cataracts, certain cancers, etc.

DNA testing studies chromosomes (microscopic linear structures made of DNA which includes genes plus regulatory and other DNA, including “microsatellites”) present in cells of each dog. The microsatellite entities are composed of repetitive sections of DNA that can vary quite a bit from individual to individual. These are identified in determining the marker set ASCA’s lab uses to develop a verified parent profile.

For DNA-CP and DNA-VP profiles, the lab has chosen certain markers they use for their work with ASCA Aussies. In our case, Therion chose to use public domain markers, meaning any lab can use them. Their choice was certain microsatellite markers, on different chromosomes, in developing a dog’s DNA-profile. Other labs may choose patented markers. Since different labs use different marker sets, their results from DNA parentage verification testing cannot be compared; results can only be comparable if both labs are using exactly the same marker set.

Using your dog’s cheek or blood cells to determine your dog’s DNA “status”, Therion records the markers present within your dog’s DNA profile. That combination is unique to your dog; ASCA records and keeps that file. Using blood cells as a DNA source is the most trouble-free. Cheek cells can be a DNA source but the process is subject to outside contamination and/or inadequate cell numbers which hamper analysis. It can work, though, with due care.

DNA-CP personally identifies your dog. If one of the parents has already been profiled, that can be noted.

DNA-VP: to determine this profile the lab needs, in addition, the DNA profile/markers from each parent. If these have been done, they would already be on file at the ASCA business office and the lab. The Therion lab will (1) DNA profile your dog and (2) compare its profile to the profiles of the parents.

Keeping in mind that 50% of the genes come from one parent and 50% from the other parent, the lab analyzes the markers. If the two parental profiles qualify as representing the sire and dam of that offspring, the pup gets DNA-VP certification. (When you receive your dog’s DNA Certificates you will see the parents each have two numbers assigned to each marker. In order to qualify as a product of those two parents the pup’s two marker numbers must include one number from each parent. If the pup comes up with a number not identified in each parent then he will be excluded as an offspring from the listed parents and further testing is required to find the correct parent(s).)

If the results are not 100% clear, labs usually will add more markers to compare, before a final conclusion. If markers appear in your dog’s DNA test that could not have come from its parents, ASCA is informed. ASCA then notifies breeders/owners involved. Certain breeding rights, etc. are suspended until the true parent(s) is/are found. Once the correct parentage is verified through DNA testing, the suspended breeding rights will be restored.

The following examples illustrate how DNA testing can be important to a verifiable registry. Some show the significance to health issues ranging from individual dogs to the breed as a whole.

• One real-life situation several years ago (when ASCA DNA testing was new) involved discovery of a mistake with one grandsire in the registered pedigree. The true grandparent had been previously profiled and so was in the ASCA DNA database; when the lab searched the ASCA DNA profiles, it found the matching grandparent profile and the correction was noted immediately.

The owner would likely not have made the original decision to purchase a pup with the true grandsire in the pedigree, because he, although a fine dog in many ways, was well known to produce hip dysplasia in descendants. Yes, that pup was later diagnosed as dysplastic.

• Another scenario involves a multi-sired litter. This may happen as an unplanned litter or as a deliberate multi-sired breeding. It may involve several scenarios. One might include an older bitch where only one final litter would be advised. If the breeder might want pups from two or more very desirable sires, he/she might make a breeding for that litter using multiple sires. Then DNA profile each pup to determine its sire. This way there is less stress on the bitch’s health and the breeder has potentially “captured” genes from all sires in one litter.

• Another example to show the importance of DNA’ing each breeding Aussie is dealt with every time a breeder studies pedigrees to try to assess the chances of a particular cross producing or carrying defects like cataracts, epilepsy, dysplasia, etc. That breeder has to trust the registered pedigree being studied. The overwhelming number of pedigrees are true; however, “incorrect entries” can be made knowingly (fraudulently) or unknowingly (accidentally). Instead it is far better to insist on DNA-profiled sires and dams, as this will identify incorrect entries in a pedigree and allow correction of any errors so our ASCA Registry is accurate. This benefits the breed for all time. Then we can do a better job reducing the genetic defects in our Aussies by making well-informed decisions from accurate information.

As you can see there are many reasons to have your ASCA-registered Aussie DNA-profiled. The single greatest reason, though, is the knowledge that with every DNA-profiled dog, our ASCA Registry becomes stronger and our breeding decisions can be based on that strength. 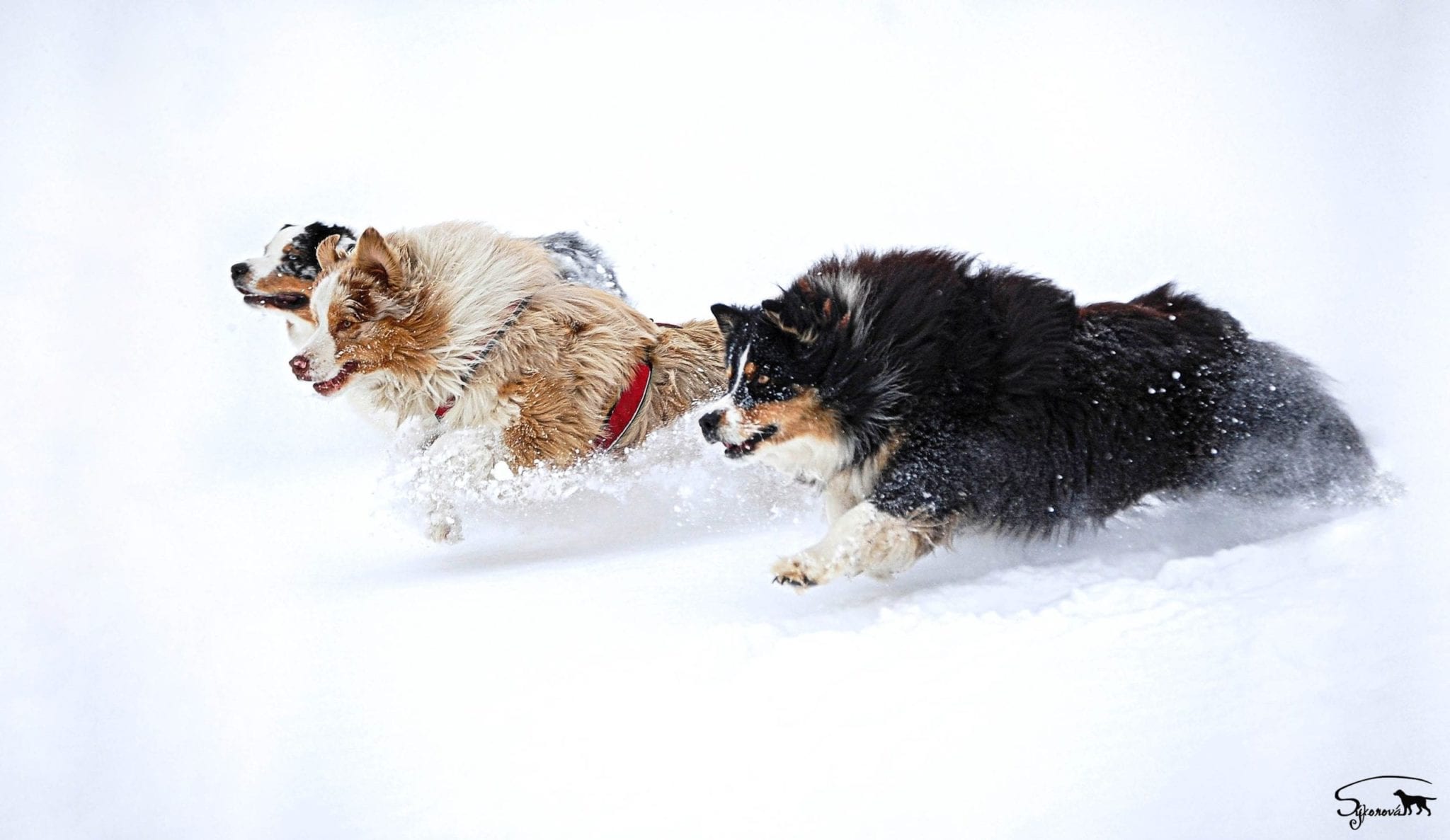 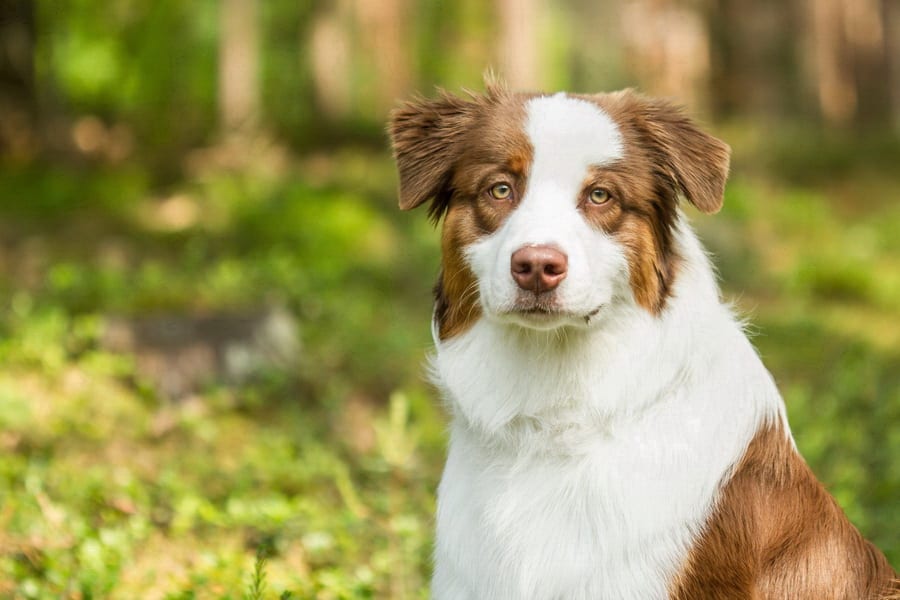 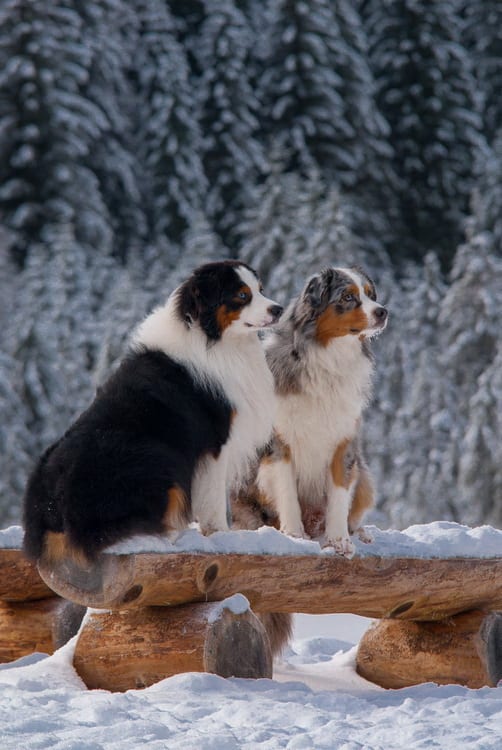 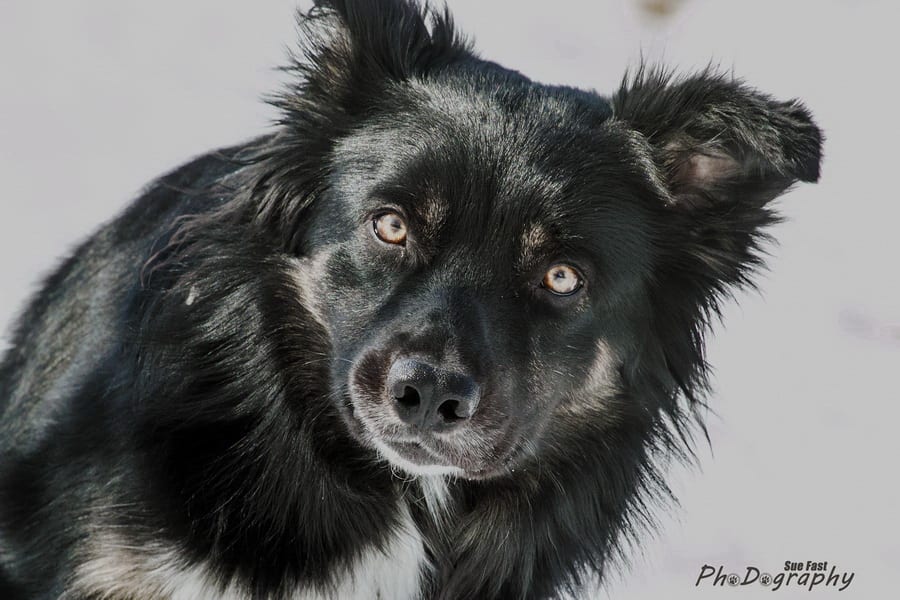 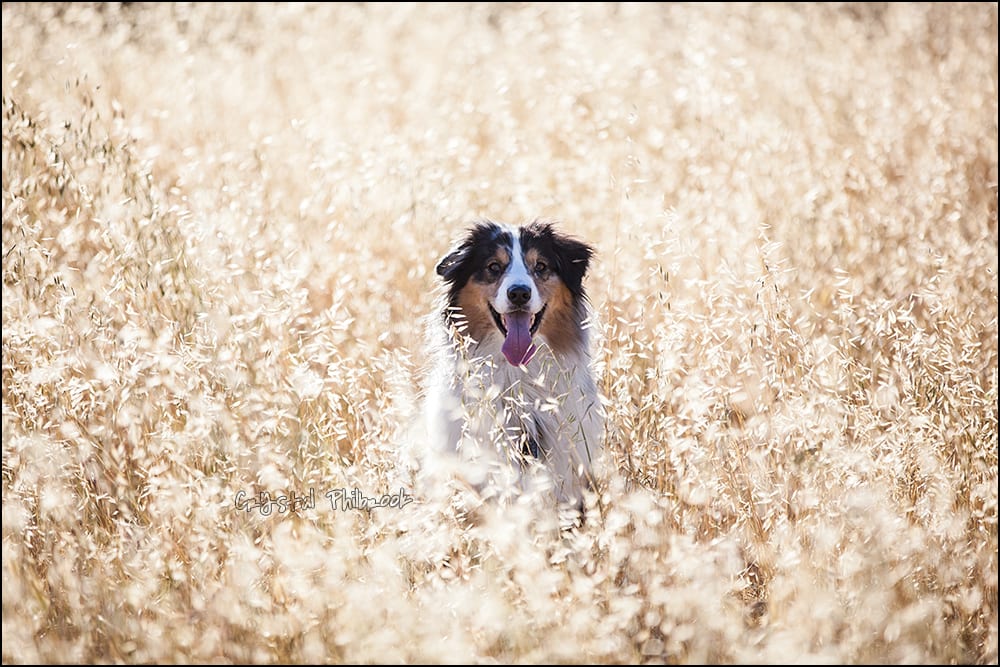 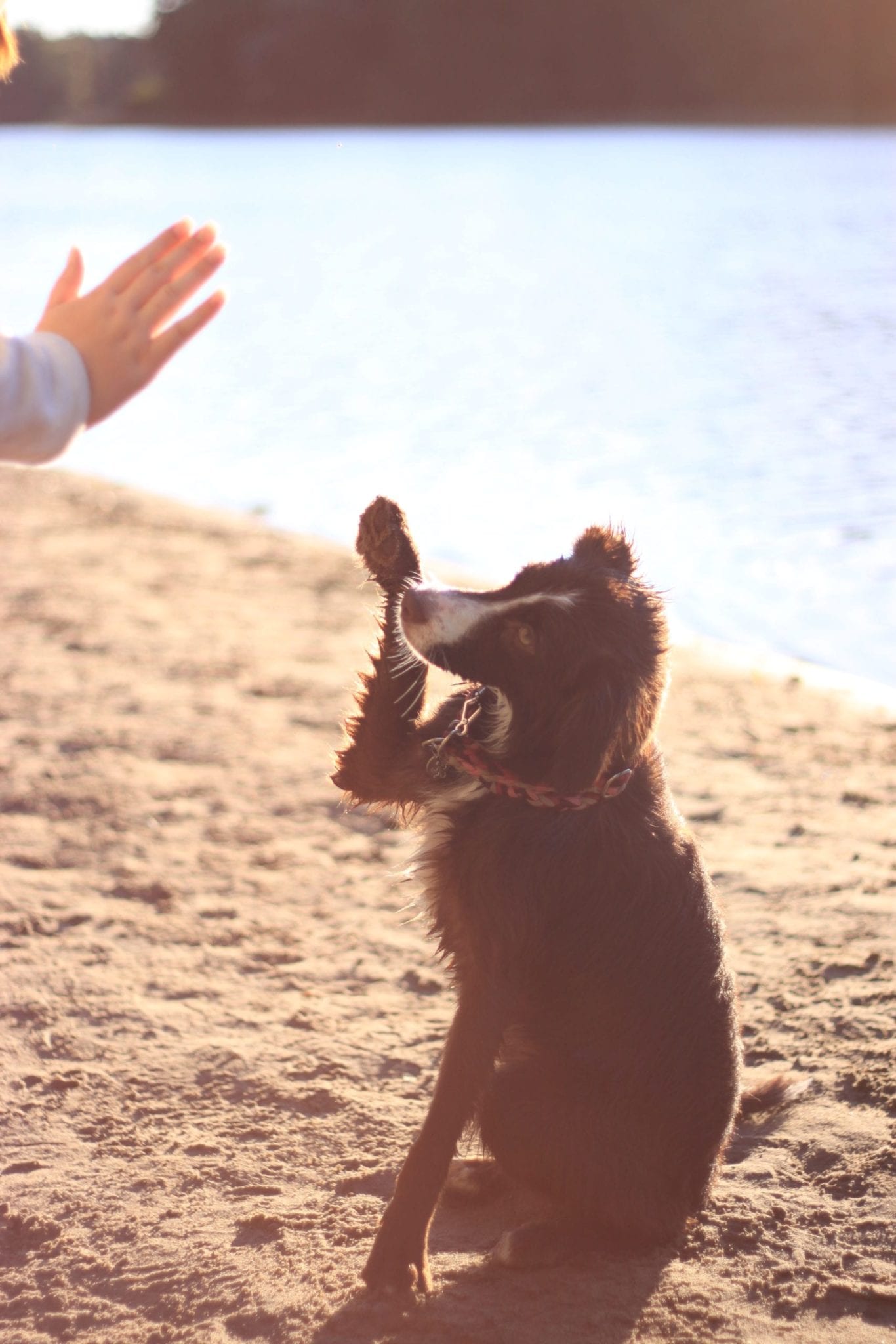 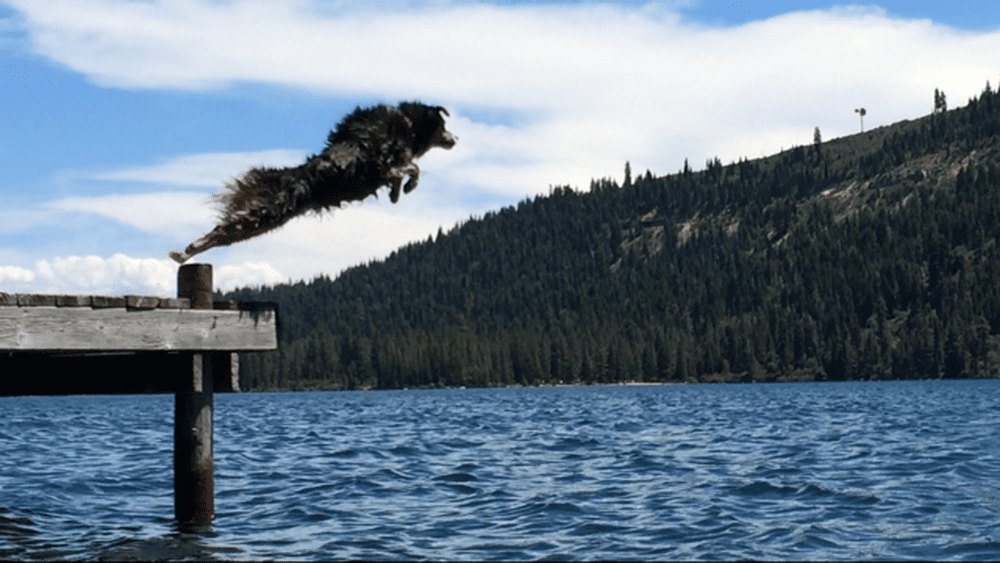 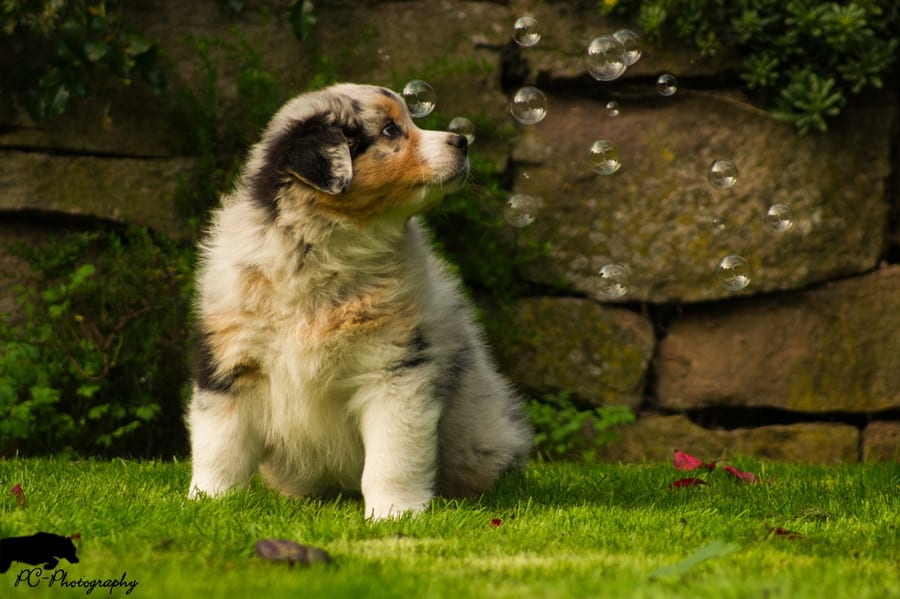